A CEER (Combined Energy Efficiency Ratio) rating is a new standard for room and window air conditioners that rates how efficiently they operate.

The DOE (Department of Energy) created the new standard for Window AC units in 2011 and implemented it in June 2014, and it has become the main way to see how efficient a unit will run.

The new CEER rating measures operating power usage as well as standby power usage when the unit is not running but plugged in.

Previously the EER (Energy Efficiency Ratio) was used and is still used in some cases to calculate a room AC unit efficiency.

As of June 2014, manufacturers must now convert EER to CEER standard, which measures room and window air conditioner’s power usage much better.

Any unit that does not convert to the new standard will not be Energy Star Certified.

The CEER rating applies to all room or window air conditioners that are sized less than 8,000 Btu.

What is a good CEER Rating? 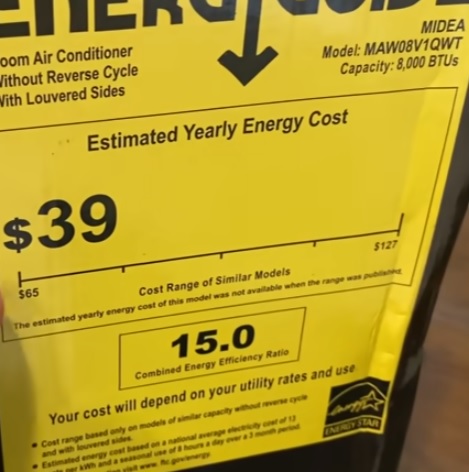 All units must be rated with a minimum CEER rating of 11, but many have a higher rating.

A good CEER rating for a window air conditioner is 15 CEER, with most newer units ranging from 14 to 16 CEER.

Low-cost units often will have a lower CEER rating of 11 to 12.

Is a Higher CEER Rating Better? 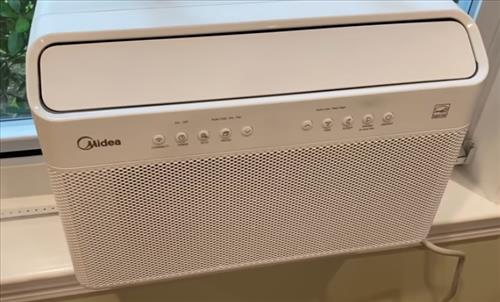 The higher the CEER rating, the more efficient the AC unit is and the less power it requires.

This means lower operating costs which will save money, especially when used long-term.

Is CEER the same as EER?

While both CEER and EER are similar, they do differ mainly with window air conditioners.

The CEER rating was created since the EER rating did not measure window or room AC units adequately.

CEER takes into account only units less than 8000 BTU and also power usage while plugged in but not operating.

Is CEER the same as SEER?

While similar, there are differences between CEER and SEER, mainly in the size of the unit.

CEER is used for small AC units, while SEER is used to measure the efficiency of large units.

The technology used in small units can differ from the large unit, so different efficiency ratings are needed.

Summary
It is estimated that 1 in 4 homes use a window air conditioner which makes them widely used as a low-cost source of cooling.

Since they are so widely used, the DOE created the new CEER rating to better rate the efficiency of a unit.

This gives a buyer more information on how well the unit will operate and how much power it will use.

The higher the CEER number, the better, as it will use less power and cost less to run.

Do you have any questions about the new CEER rating number? Let us know in the comments below.