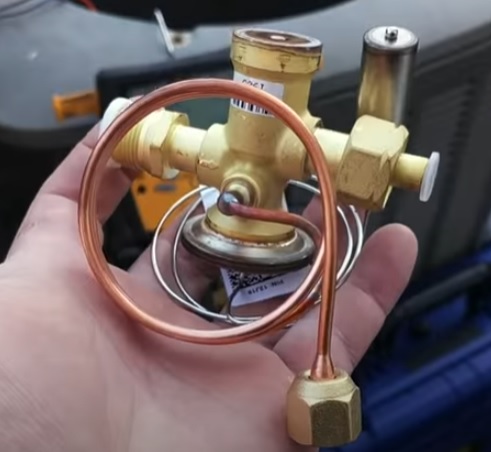 A TXV (Thermal Expansion Valve) is a necessary component used in HVAC systems to help adjust the boiling point of the refrigerant.

If it needs to be replaced, the cost will vary on replacement parts, labor, and location.

How Hard is It to Replace the TXV Valve? 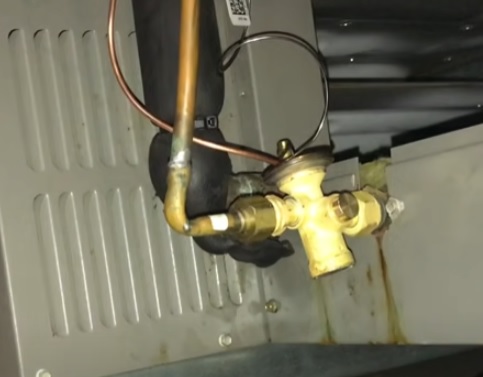 The average labor time to replace a TXV Valve is between 2-4 hours but can be longer if the unit is in a bad location.

If the unit can be pumped down, it usually costs less compared to a recovery.

A new drier will also be needed and should be replaced any time the system is opened up. 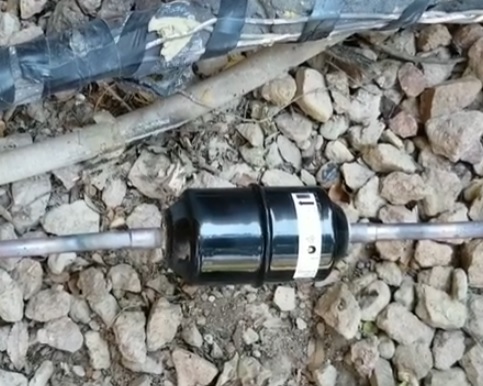 A drier is soldered into the high-pressure line and helps capture any debris or moisture in the system.

The average home DIY individual will not be to replace TXV Valve.

However, if you have pumped down or recovered an HVAC system before and have the tools, the parts are readily available online.

Removing the refrigerant and adding the correct amount back into the system is the most difficult part.

Most TXV Valves are bolted into place, but some may require soldering. 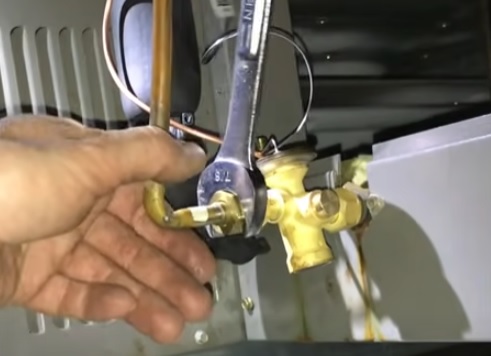 A new drier will need to be soldered into place, which requires torches and the correct procedure.

What is a TXV Valve? 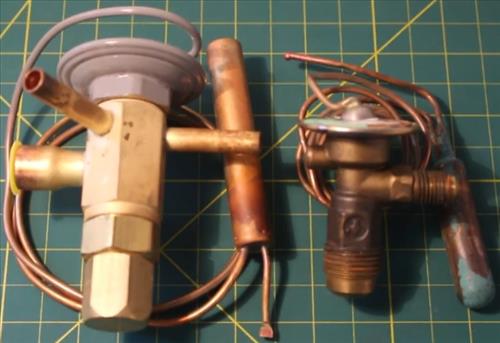 The TXV Valve is Used in HVAC systems to help to adjust the boiling point of refrigerant.

Boiling is essential to heating and coiling as it absorbs the heat from the air or water.

Water boils at 212 degrees Fahrenheit at sea level; however, the higher the sea level a location is, the lower the boiling temperature.

The valve decreases the pressure to allow the refrigerant to boil at lower temperatures.

The liquid-vapor mixtures flow into the evaporator, where the heat is absorbed and usually blown away with a fan.

A sensing valve is located at the exit from the evaporator to monitor the temperature and adjust the TXV Valve as needed.

It can cost more or less with several things to be considered.

How damaged the HVAC unit is and if it lost its refrigerant will need to be considered.

Pumping down or recovering the refrigerant takes time which costs more.

All the units will need to be vacuumed down, which also takes time since pulling a good vacuum is not a quick task.

The cost for new parts will also vary from unit to unit.

Often how much in demand an HVAC technician is will also reflect in the price.

For example, in the summer, during very hot days, a technician can be very busy and in demand which can in some cases cause the prices to go up.

Have you had a TXV valve replaced by an HVAC technician? How much did it cost you? Let us know in the comments below.

Furnace High Limit Switch Keeps Tripping Causes and Fixes
How To Replace a Furnace Blower Motor and Capacitor
What Size Mini Split Do You Need?

How to Fix A Loud Noisy Heat Pump Unit
What Is the Best Way to Heat and Cool a Mobile Home?