Today most families enjoy the benefits of a central air system in their home.

These systems keep us cool in the summer and warm in the winter.

What most people don’t know is that the systems that heat and cool our homes can also spread airborne contaminants throughout the house.

Bacteria, mold, viruses, and allergens like pollen are carried by air into the air system because the system constantly recirculates the air in your home.

These airborne pathogens can spread throughout the entire house some are only annoying others can make you sick if left unchecked.

These contaminants can clog your air handling system and damage it then the system itself becomes a breeding ground for germs.

One way to kill off these unwanted particles is ultraviolet light.

For over 100 years, scientists have known of the germ-killing power of UV light; it’s used in a wide variety of applications reducing the need for dangerous chemicals. 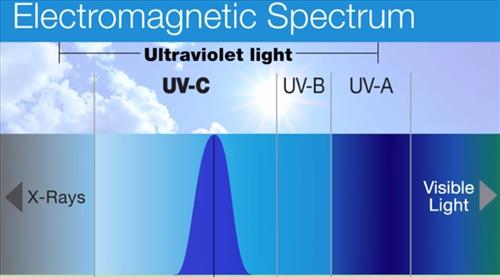 Ultraviolet light is a part of the spectrum of low-frequency infrared light, which lies beyond the red edge of the visible spectrum frequency.

UV light lies beyond the purple edge of the visible spectrum; the particulars of UV light that kill germs is called UVC light.

How Does UV Light Kill Germs?

UV disinfection is really effective. For years UV light has been used in hospitals and laboratories to disinfect the air in operating rooms, work surfaces, and instruments that are exposed to hazardous biological materials. 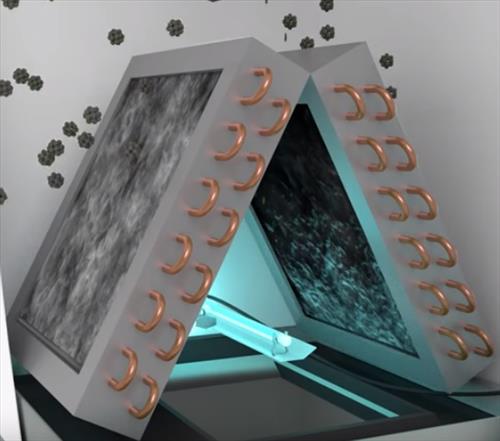 The Sun also radiates UV light which is roughly 10 percent of the Sun’s output.

If you have ever experienced a Sunburn, this is the result of too much UV light.

Similar technology is used in the food industry, where meat and produce are exposed to UV light before packaging, and water purification systems large and small now incorporate the technology.

UVC light works by penetrating the cell walls of microorganisms and smashing the DNA molecules inside; this eliminates the microorganisms by preventing them from reproducing.

In addition, some fresh air UV lamps are made with an optional odor sanitizing technology or OST segments built into the glass which emits a higher frequency of UVC light.

Lamps with this option not only kill germs but they destroy volatile organic compounds or VOCs, which are responsible for cooking smells, pet odors, chemical vapors from new carpets, and most other offensive odors.

How is the UV System Installed?

The systems are usually installed near the cooling coils; that way, the UVC light shines directly onto the coils blowers and other components, killing mold and bacteria that grow there.

This also makes the air system more efficient because it’s cleaner than some other UV systems like the fresh air UV purity in whole house air purification systems.

When installed correctly A UV light system is safe for everyone in your household.

The UV light is mounted inside the air handler, and the germ-killing effect is limited to that immediate area.

A UV light should never be starred at directly since, like the Sun, it emits electromagnetic radiation.

Since UV light is installed internally in the air handler box, it will never be visible to look at.